The Thrive Award – For their effort to keep going no matter the personal obstacle spotify songs via mobile data. This team has surprised the judges for their completion of the lunar surface and the robot missions. Definitely deserve the ultimate Gold Star Robotics Merit Badge playstation downloaden in rustmodus!

Our coach’s wife condition is stable.  We look forward to competing in MoonBots 2013 !

Here is a link to the project we built for the competition hue scenes.

We have postponed our Outreach event until we have more of the mission tasks running well.   We designed our MoonBots lunar landscape game board to be easy to transport.  After we have more missions running well we will take it to out to demo to some local scouting groups.  We also plan to demo it at Moon Day (July 20, 2013) at the Frontiers of Flight Museum in Dallas, Texas laidtofall texture pack downloaden.

We had a lot of fun working on MoonBots 2012 and we learned many new skills.  We are looking forward to MoonBots 2013 garageband windows for free.

Our team visited Boy Scout Troop 219 at Christ Church in Plano TX on October 8th 2012.  Troop 219 is Model Scout Matthew’s boy scout troop.  The Beaver patrol asked us to help them with their robotics theme this month.  After introductions, SPL Alan sent the troop off to explore the 3 stations our team setup for them:

2.  Our robotics solution to the FIRST LEGO League  (FLL) 2011 Food Factor Challenge.    Model Scouts Anthony and Walter ran this station.  We brought our foam-based travel FLL table so the robot had a bit of trouble navigating the different surface but most of the missions worked android do not images.

3. A station with a variety of Lego NXT Mindstorms based robots  that the team members have built.   Matthew, Veronica and Dr arial font downloaden. Michaud ran this station.  Matthew also showed the NXT-G programming interface.

Selected photo of our community outreach event are below.

Matthew ready to present at the line following and gadget station 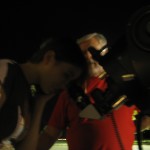 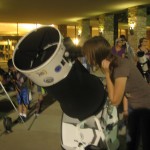 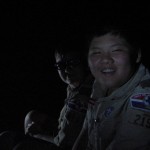 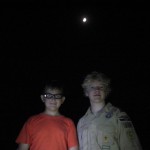 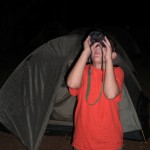 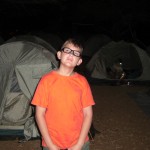 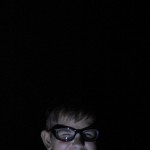 This Saturday night, September 22, is International Observe the Moon Night.   Space enthusiasts with telescopes have planned moon observation events throughout the world.  Many of the events are open to the public.  To find a party near you, check out the event map at the International Observe the Moon event’s web site.    There are hundreds of moon gazer parties throughout the world.  Chances are there is a public moon watch event near you where you can talk with space enthusiasts and view the moon through their telescopes.   Our robotics club will be at a Dallas area public moongazer party paint.net free.

We finished our paperwork for the September 15 MoonBots deadline.  We have finished this work as described in the MoonBots 2012 official rules error whening the template.

Our next deadline for the MoonBots Phase II is the landscape scaled drawing and game design.  Both of these are due on September 15.  We have our game design finished.  We will finish our scaled drawing at our next 2 MoonBots meetings soundsen kostenlos.

Our team made a paper version of our lunar landscape a month ago.  Today during our Moonbots meeting we confirmed our design by producing a prototype of our missions on the lunar landscape.  We checked that our robot could move about easily and that the robot maintenance bay (base), spaceport, plateau and all mission elements placement made sense on the board iptv smarters player herunterladen.

Our next meeting is Thursday, August 16.  We plan to cut out the plateau from Styrofoam sheets and glue together.

Note: Our ramp got dropped and broke while we were setting up so we replaced it temporarily with a green base plate for our meeting kostenlos video downloaden.

We were interviewed about our MoonBots Phase I win by Dallas Morning News.   Read the article here xbox 360 spieleen auf usb stick.